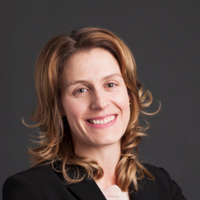 On 29 March 2022 the Department of Social Protection published the Final Design Principles for the introduction of a pensions auto-enrolment system in Ireland. In the foreword to the publication, Minister Heather Humphreys stated that:

Under the system, employees earning €20,000 or more and aged between 23 and 60 who are not currently enrolled in a workplace pension scheme will automatically become a member of the auto-enrolment scheme. The employee, their employer and the State will contribute to the scheme, with contributions (based on a percentage of gross income) increasing on a phased based over the first ten years after introduction of the system, as shown in the table below:

Employees will have the choice to invest contributions in one of four funds, with contributions being invested in a default fund if an employee does not express a preference.

Employees may opt-out of the scheme in a two-month window that runs from the end of six months after being automatically enrolled. There will also be a window for employees to opt-out six months after each phased increase to contribution rates. Alternatively, employees may suspend their contributions to the scheme at any time. In all cases where an employee has opted-out or suspended contributions, the employee will be automatically re-enrolled in the scheme after two years.